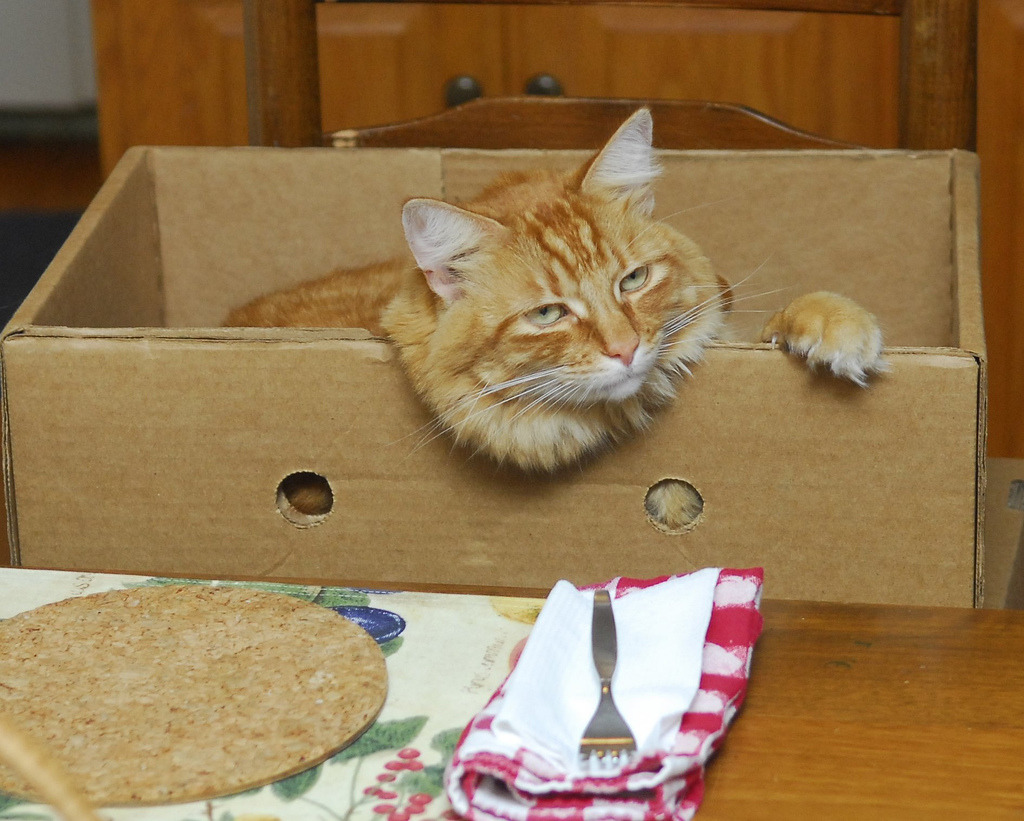 According to reports, a local cat by the name of Gillie refuses to leave his box, even at the dinner table.

“It’s totally rude,” says James McGirk, Gillie’s roommate.  "He’s always in that damn box.  Watching TV? In the box. Playing cribbage? In the box.  And I can live with it most of the time… but while we’re eating?  C’mon. That’s too far.“

Gillie’s refusal to leave his box has stretched relationships with everyone around him, say sources, but the cat is steadfastly sticking by his behavior: no box, no Gillie.