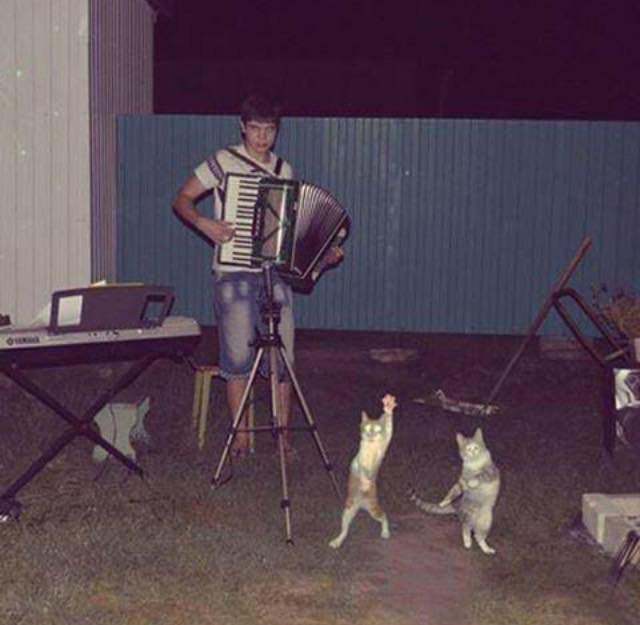 If there’s one thing you wouldn’t expect to hear from a quiet suburban backyard at 2am, it’s polka music. But residents on the social network NextDoor have reported late-night accordion music blasting from Miller Place.

“I woke up to such a racket,” says Jeffrey Berger, a neighborhood resident. “It sounded like someone was being murdered. So I put on pants and ran down the street.”

Those screams were nothing more than the elated cries of dancing cats, getting down to the sweet sounds of polka.

“They had hired a one-man-band to play for hours,” Berger tells The Fluffington Post. “It was the middle of the night, and there are cats dancing everywhere.”

Berger was not the only concerned resident. At least a dozen posts on NextDoor alluded to the commotion, most asking what was going on, while others more irate.

“WTF is happening on Miller?” wrote one concerned citizen. “It sounds like Weird Al is being mauled by cougars!!”

The party has since dispersed, and no attendees could be reached for comment by press time.