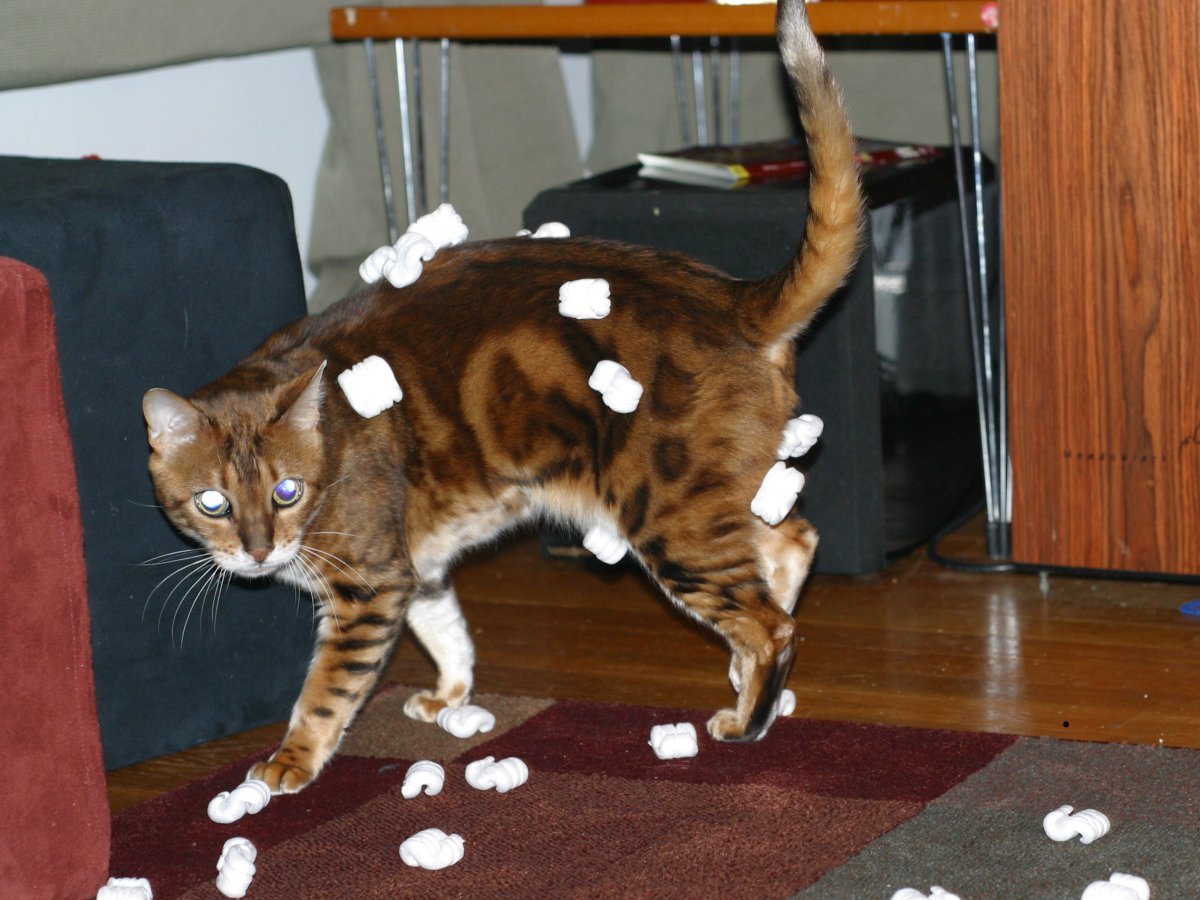 A cat working at a FedEx sorting facility in Louisville, KY has been relieved of his duties after managers found that he was stealing packing materials.  The thefts had apparently been going on for at least three months, but only came to light recently when security camera footage emerged of the cat lazily batting the foam peanuts around his office.

Cat psychologists describe this behavior among cats as, “painfully common,” which is likely why UPS stopped hiring cats in its sorting facilities in 2009.