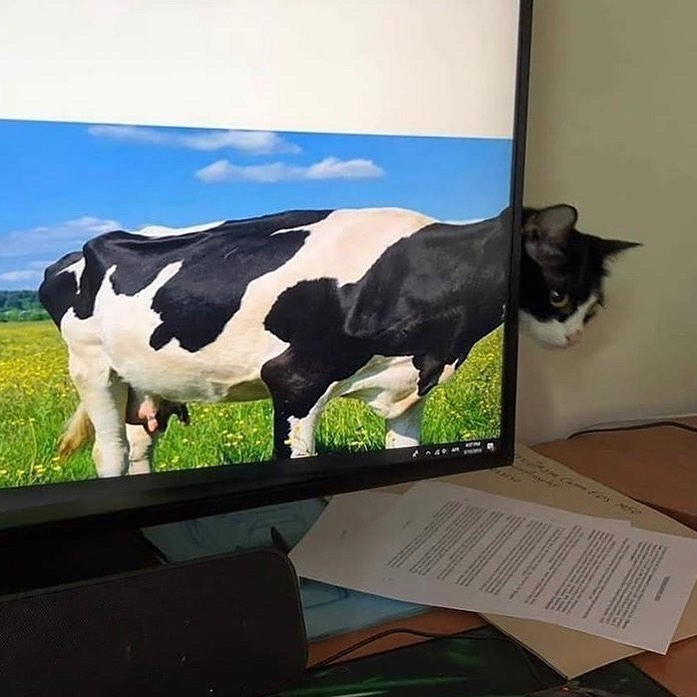 Psychologists will tell you, most New Year’s resolutions start to fade around February or March. But not for one steadfast feline. When the clock struck midnight on December 31, 2020, Marty made a commitment.

“He decided it was time for an upgrade,” says Kate Heinz, Marty’s longtime life coach. “He’s been displaying at 1080p for the last 8 years. That’s fine for most cats. It’s HD.”

And so far, Marty has held on to his native 2560×1440 resolution since that fateful day.

“It’s not easy,” Heinz elaborates. “That’s a lot of pixels. But I believe in Marty, and more importantly, he believes in himself.”

via place where cat shouldn’t be