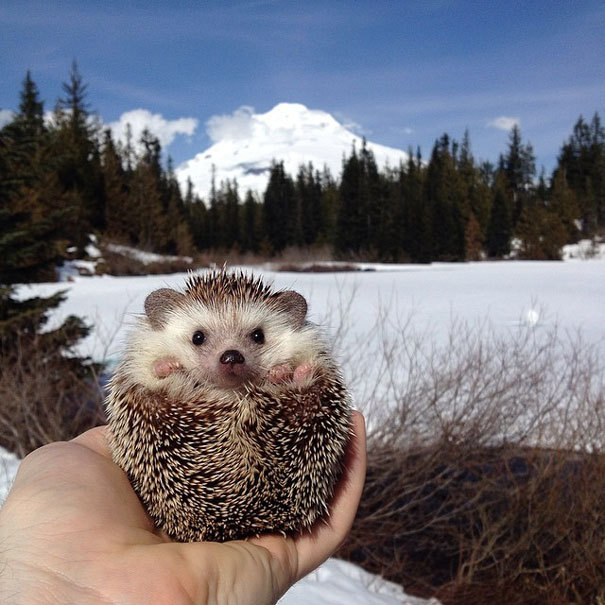 Plenty of hedgehogs travel the world, but few document their exploits with selfies. Biddy is the notable exception.

“He’s also huge on Instagram,” says Darren Oslo, social media editor for the Washington Post. "Basically, any social network where he can post a selfie in front of a waterfall and brag about the view, he’s popular there.“