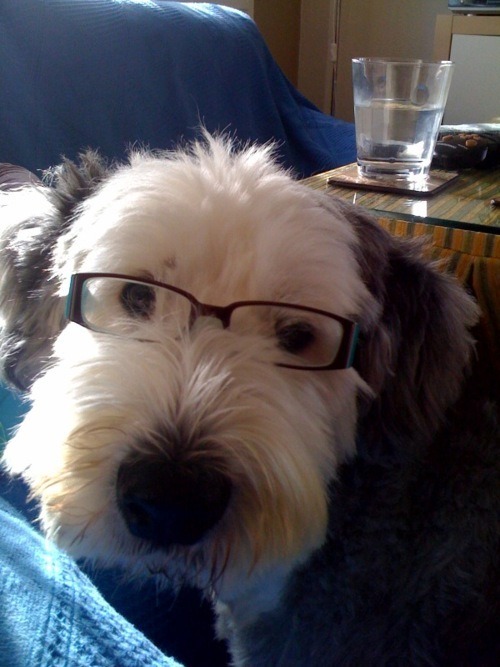 It’s a commonly known fact that glasses make all people look smarter.  But did you know that the same effect can be applied to dogs?  According to a new study from Hawaii Pacific University, glasses make most dog breeds appear 47% smarter on average, while only 8% more “goofy.”

“That ratio of smart to goofy is very favorable for dogs,” said lead researcher Kellan Carai. “It was one of the best ratios in the animal kingdom. We found the opposite effect for bunnies, for example.  They just look totally silly in glasses.” 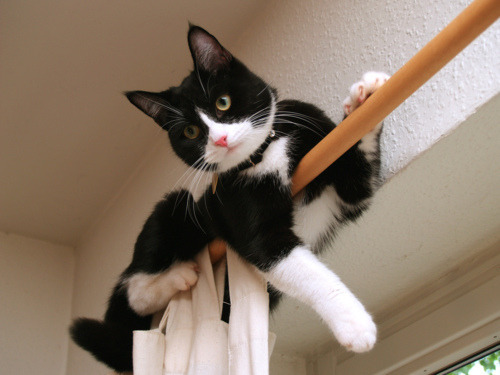 Tox, a cat from Frederick, MD, has given up trying to install drapes, said sources close to the situation. “This always happens,” one friend familiar with Tox’s pattern said. “He’ll be all gung-ho about some project around the house and refuse to let anyone help.  Then half-way through he’ll end up stuck on some ledge or something and give up.”

Another witness claimed that Tox’s half-assed approach to home improvement was expected because, “I mean, he’s a cat.” 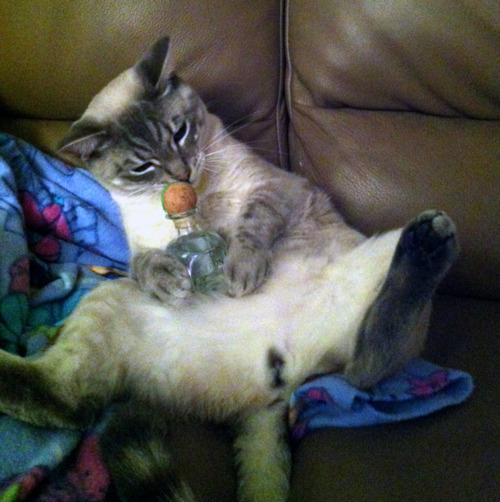 A 1-year-old Siamese named Mr. Chow has seen better days. Unable to hold down a job in his home city of Vancouver, WA, he’s hit the bottle hard.

Neighbors have complained that Chow is regularly seen exposing himself and urinating in public. His response to criticism and offers of assistance have been met with similar disdain.

“Mr. Chow can only help himself, now,” says Stacy Maddon, a source close to the situation.