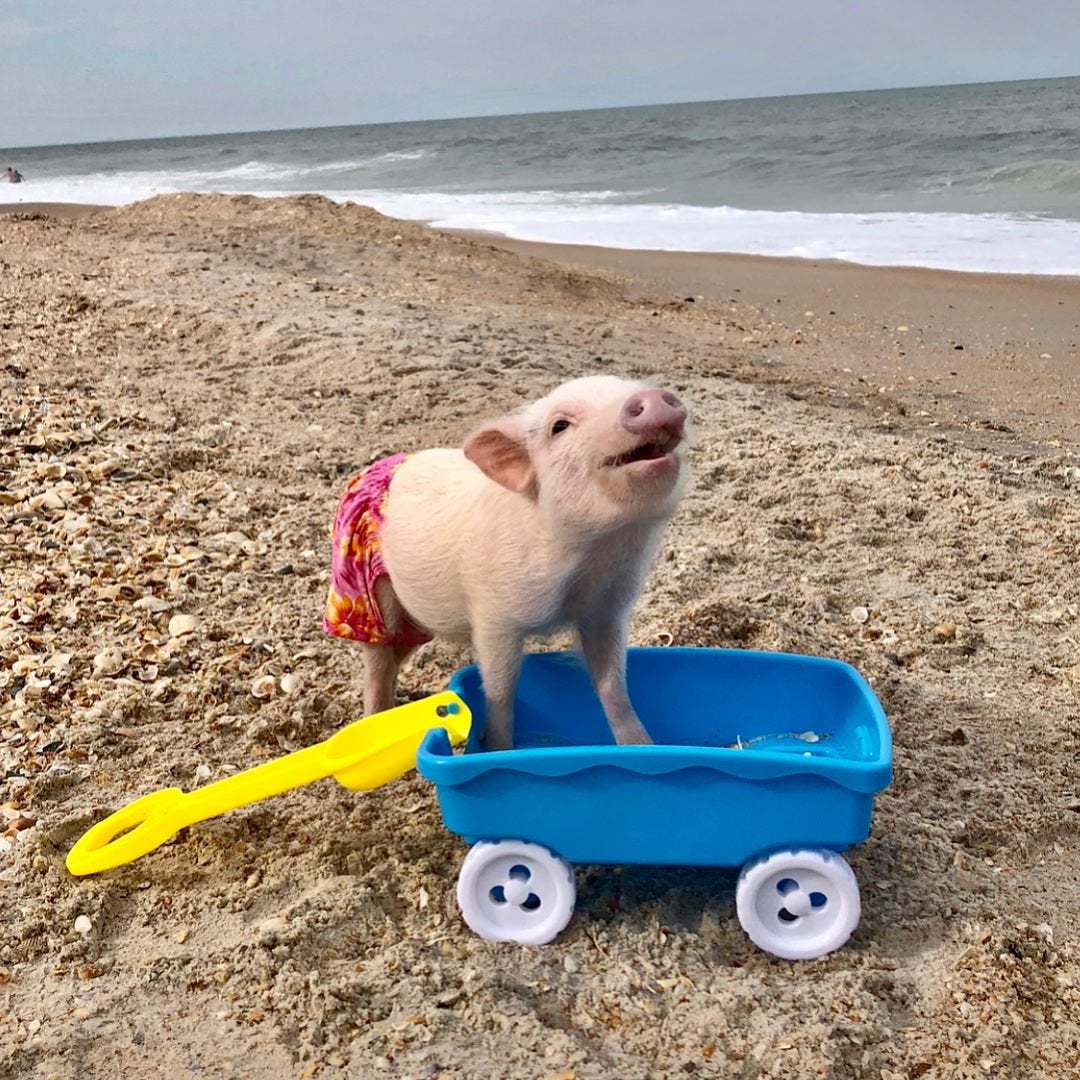 The wind blows a little cooler and the smell of pumpkin spice is in the air, but that won’t deter one little pig from catching a few more rays.

Longtime coastal resident Penn continues to hit the beach nearly every day, despite cooler waters and the onset of autumn.

“Oh I see him boogie boarding all the time,” says neighbor Brad Stetson. “Some mornings that water is freezing, but Penn doesn’t care. He just packs a wet suit.”

Most local residents have packed up their umbrellas and beach chairs for the season, but Penn simply refuses to call it quits on summer fun. Some have expressed concern that Penn will hit a rude awakening in the weeks to come, but others support the piglet’s ambition.

“Let him have it!” says Marsha Connelly of the local Chamber of Commerce. “He’s enjoying himself, and it’s great for the food truck business near the beach.”